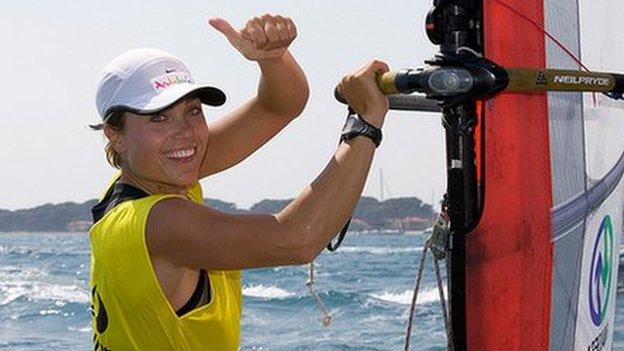 The Spanish windsurfer won the women's World Sailor of the Year award in 2010 at the age of 23, having been nominated for the third time.

She clinched her second consecutive overall World Cup victory in 2010 and also earned World Championship gold, improving on her silver from the previous year.

She was the youngest sailor at the 2004 Olympics in Athens, aged 17. She finished a highly respectable eighth.

Her parents and brother have all been windsurfing world champions, ranging from junior to veteran categories.

With the sport in her genes, Seville-born Manchon began windsurfing aged nine and has gone on to become world champion in every age range in which she has competed.