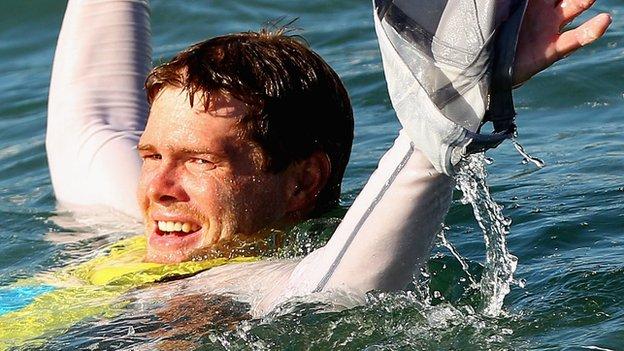 Slingsby won his fifth world title in the laser dinghy class in 2012, and was named the men's World Sailor of the Year in 2010.

He is the obvious threat to Britain's defending Olympic champion Paul Goodison, who he counts as a friend.

The Australian went into the 2008 Olympics as double world champion and world number one but he finished a lowly 22nd in Beijing. He described his performance as "a disaster."

Slingsby has said he will probably switch to a different boat class if he is successful at London 2012.

Despite sailing from the age of six, Slingsby's sporting passion for much of his youth was tennis, for which he would train five or six days a week.

He did not initially like sailing - his sister had to pay him 20 cents per race in his first season just to stay on the boat. However, he dropped tennis for sailing at the age of 15 after being inspired by watching the Olympic regattas from Sydney Harbour.