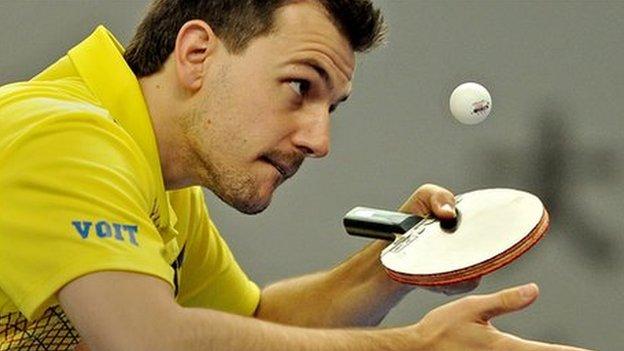 Boll became world number one at the start of 2011 for the first time since 2003, ending China's 88-month monopoly.

He went on to earn his first World Championship medal, a bronze, followed by his fifth European singles title.

He rose to prominence by winning the 2002 World Cup, defeating world and Olympic champion Kong Linghui of China in the final, and added a second World Cup gold in 2005.

Boll played at six World Championships and three Olympics without winning an individual medal before finally breaking his jinx in 2011.

He was knocked out in the quarter-finals at the 2004 Olympics and only reached the last 16 in his two other Olympic appearances. He missed the 2009 World Championships with a recurrence of a long-standing back injury.

He took up table tennis at the age of four and 11 years later became the youngest German League player in history.

However, he puts his development down to studying the top Chinese players. He has recently written an autobiographical travelogue called My China, reflecting the impact that the table tennis-obsessed nation has had on his career.