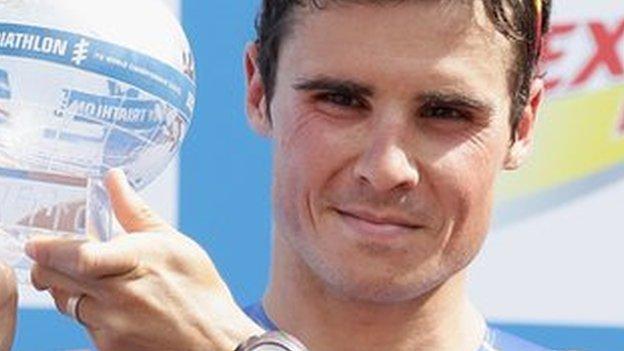 The hard-running Spaniard has overcome a heart condition to become a two-time world champion (2008 and 2010) and twice European gold medallist.

He has regularly topped the world rankings since 2006 and is widely perceived as the main threat to British hopes of triathlon gold at the London Olympics.

Gomez was diagnosed with an abnormal heart valve in 2000 and he subsequently fought a six-year battle for the right to compete. During that time his international license was twice withdrawn by the Spanish Sports Council, firstly between 2000 and 2003 and then for a year in 2005.

He was eventually cleared by cardiologists and has regular check-ups.

Gomez, born in Switzerland before his parents returned to Spain a few months later, originally followed his dad into swimming.

He tried his first triathlon at the age of 15 and won the world under-23 title soon after being cleared to compete internationally in 2003.

Gomez entered the 2008 Olympics as the senior world champion but finished just outside the medals in Beijing. The 2011 European Championships took place in his hometown, Pontevedra, but he faded badly and finished 40th.