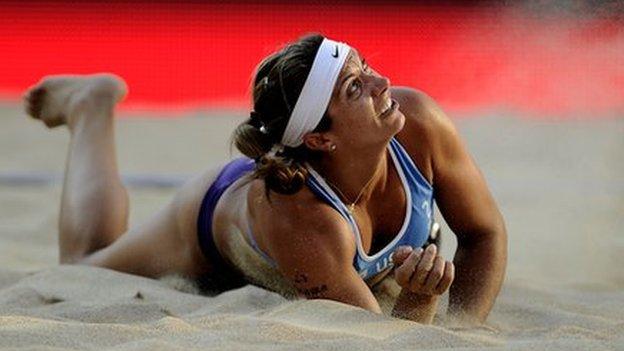 The most successful player in beach volleyball history announced in March 2010 that she and her partner Kerri Walsh were reuniting to attempt a third consecutive Olympic gold; their triumphs in Athens and Beijing were achieved without losing a set. The three-time world champions went their separate ways after achieving their 69th consecutive win at the 2008 Olympic final.

Since resuming the partnership they began in 2001, May-Treanor and Walsh have reached the most recent World Championships final in Rome, where they suffered only their second defeat in 49 matches at world and Olympic level (they lost in three sets to Brazilians Larissa and Juliana).

May-Treanor's dad Bob was a member of the 1968 US Olympic volleyball team and mum Barbara was a nationally-ranked tennis player.

May-Treanor's cousin is tennis star Taylor Dent, who competed at the 2004 Olympics. She is married to baseball player Matt Treanor.

May-Treanor competed in American television show Dancing with the Stars in 2008 but ruptured her Achilles tendon and calf muscle during training and had to pull out.