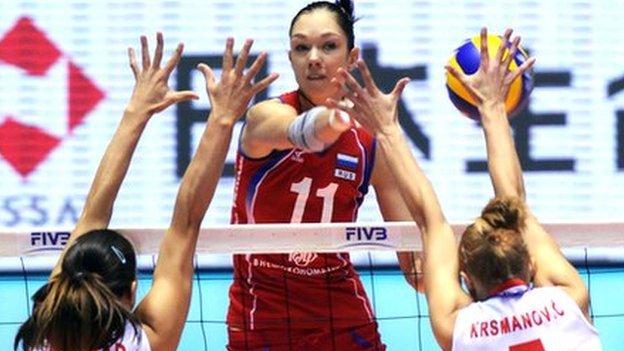 A two-time Olympic silver medallist as part of Russia's volleyball team, Gamova is seeking an elusive gold in 2012.

She was the top scorer at the Athens Olympics with 204 points and then named Most Valuable Player at the 2010 World Championships as Russia retained the title. Her sensational performances included a 35-point haul against Brazil in the final.

Gamova helped her club Dinamo Kazan to their first Russian League title in 2011 and was voted the Best Player in the League.

She made her national team debut in 1997 at the age of 16, and in addition to her world titles and Olympic medals has helped Russia to two European and World Grand Prix gold medals.