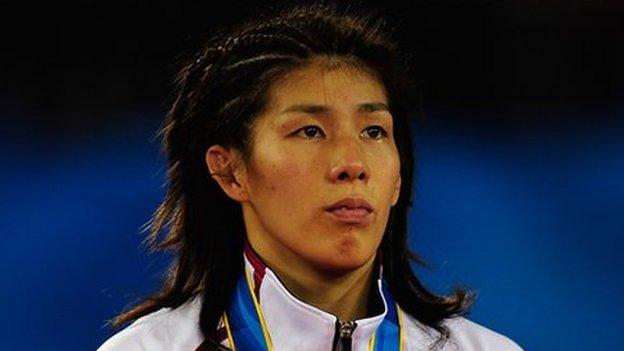 Japanese freestyle wrestler Yoshida is arguably the most dominant athlete in any sport - incredibly, she has only lost once since 2001 and is unbeaten at the Olympics, World and Asian Championships.

A double Olympic gold medallist in the lightweight category, she secured her ninth successive world title in 2011.

Her only defeat in a decade came against American Marcie van Dusen in a World Cup meeting in January 2008.

Yoshida burst into tears as her 119-match winning streak came to an end; she later admitted to being too complacent going into the bout.

She took up the sport at the age of three and has been quoted as saying her only childhood memories are of wrestling. Her father, Eikatsu Yoshida, is a former national wrestling champion.