BBC Sport highlights 50 aspiring Olympians from around the world with their sights on a place on the podium at London 2012. 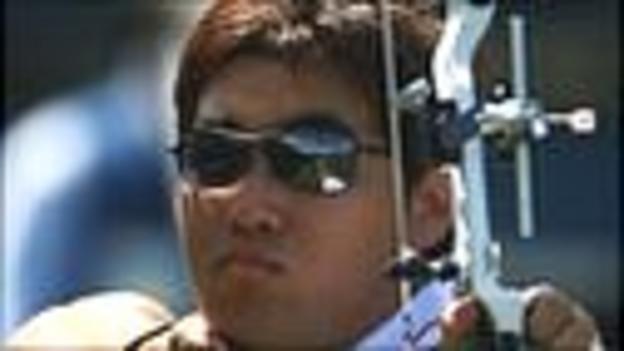 Im Dong-Hyun (South Korea): One of the best archers in the world is legally blind in one eye but Im has dismissed the idea of having laser eye surgery and says he's uncomfortable in glasses or contact lenses. 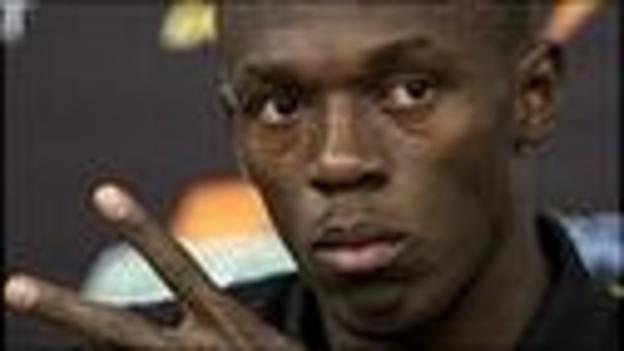 Usain Bolt (Jamaica): The peerless Jamaican has redefined sprinting since breaking the 100m world record in only his fifth competitive race over the distance. 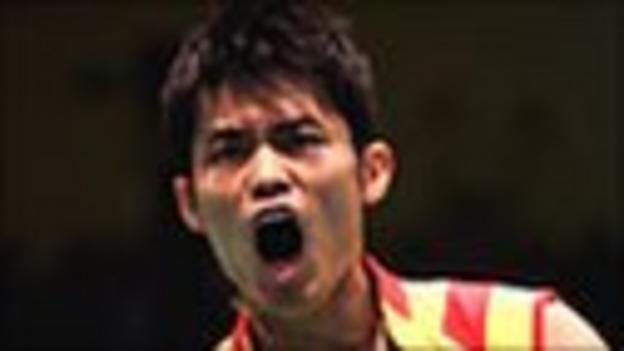 The left-hander's Olympic victory in Beijing made amends for Athens, where he suffered a shock first-round defeat.

Burst into the spotlight when, at barely 16 years old, she propelled India to team bronze at the 2006 Commonwealth Games. 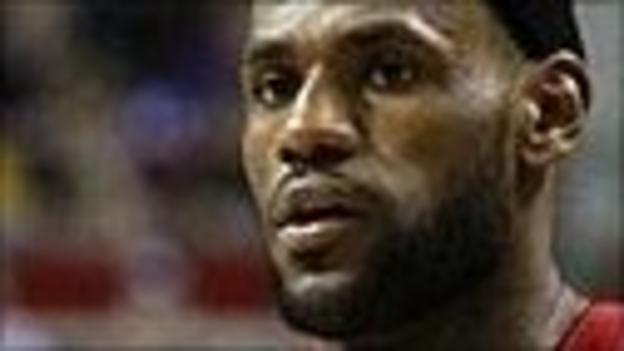 Miami Heat star James is arguably the biggest name in the world of basketball and the natural heir to his idol Michael Jordan. 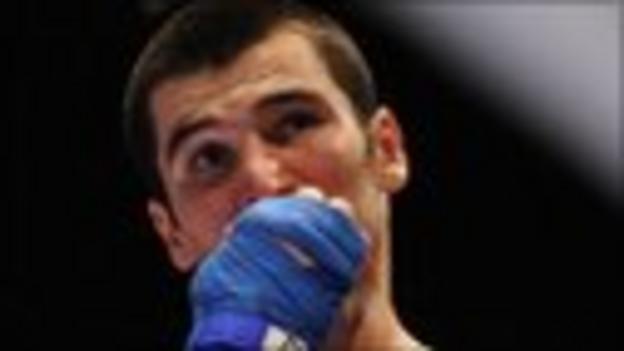 Katie Taylor (Ireland): Earned her third successive world title in 2010, and the win over China's Cheng Dong in the final was her 100th victory from 106 bouts.

Max Hoff (Germany): Finished fifth behind British winner Tim Brabants at the 2008 Olympics in Beijing but has since earned back-to-back world titles and three successive European gold medals over 1000m.

Anna Meares (Australia): Has three Olympic medals, including gold in the 2004 time trial, and is likely to be one of Victoria Pendleton's main rivals. 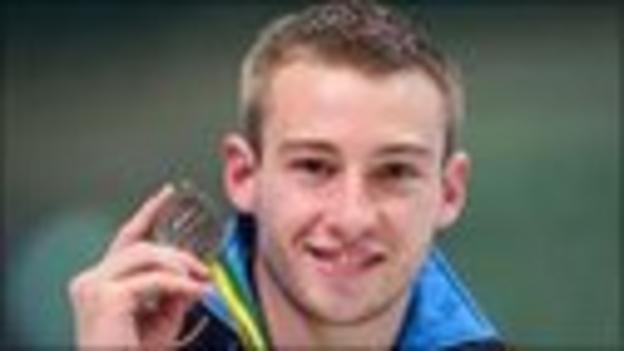 Produced one of the most memorable moments of the Beijing Games when he perfectly executed the highest scoring dive in Olympic history in the final round. 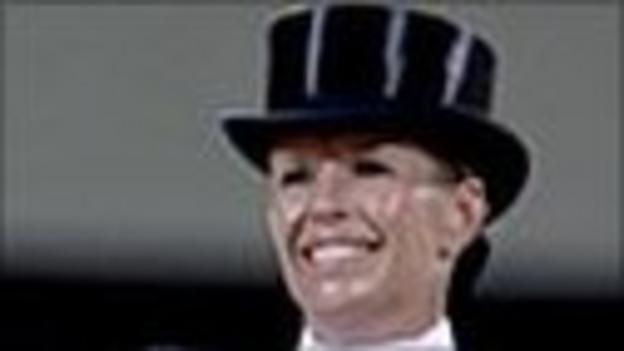 The queen of dressage is looking to bow out in style with her fourth consecutive gold at her seventh Olympics. 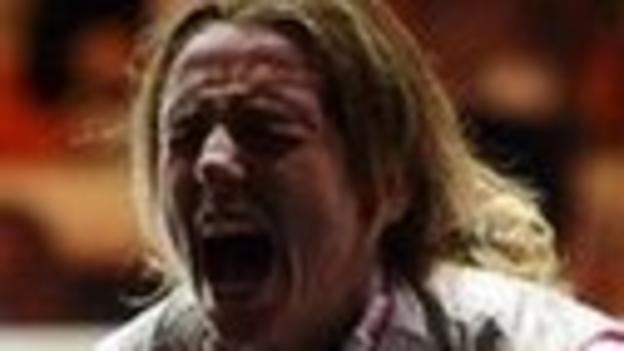 Valentina Vezzali: The Italian could become the most decorated women's Olympic fencer of all time this summer. 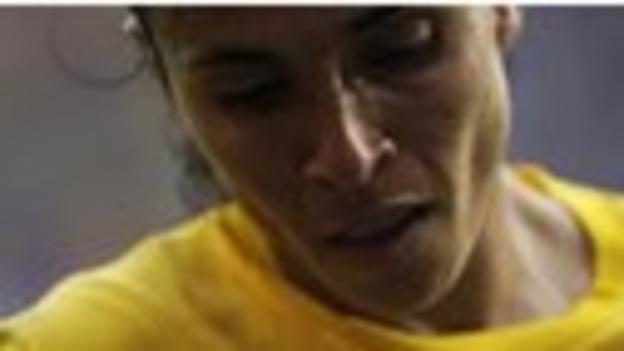 Won both the Golden Ball for best player and the Golden Boot as the top scorer at the 2007 Women's World Cup, and scored four goals in as many games in the 2011 tournament.

Yet another player to be burdened with the tag of the 'new Pele', his early performances have made the football world sit up and take notice. 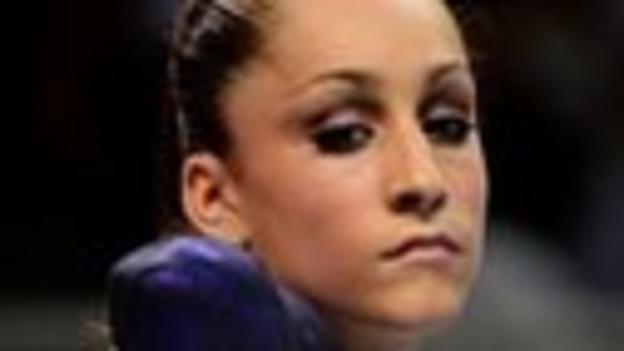 The teenager took the individual all-around world title in her first year on the senior circuit.

Teun de Nooijer (Netherlands): Two-time Olympic champion, the first at the age of 20, Holland's most capped player, and a three-time World Hockey Player of the Year.

Luciana Aymar: Argentina's captain has been the FIH player of the year an amazing seven times - she's hoping to celebrate her birthday by winning an Olympic gold. 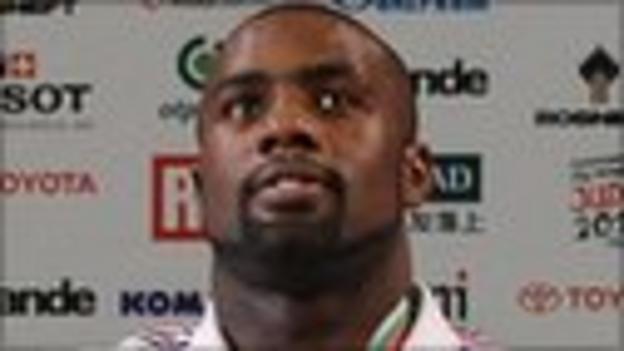 Teddy Riner (France): The 6ft 8in heavyweight is a five-time world champion; Olympic gold would establish him as one of judo's all-time greats.

Sarah Menezes (Brazil): Brazil's female sports personality of the year in 2009 is one of the country's leading hopes for a gold medal in 2012. 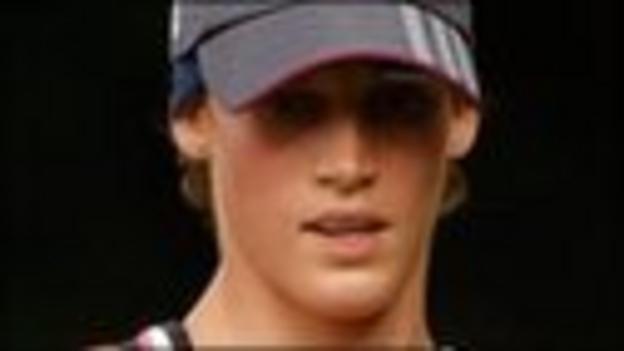 Mahé Drysdale (New Zealand): A four-time world champion in the single scull, with an unprecedented three consecutive world titles between 2005 and 2007, his Olympic best so far is bronze in 2008. 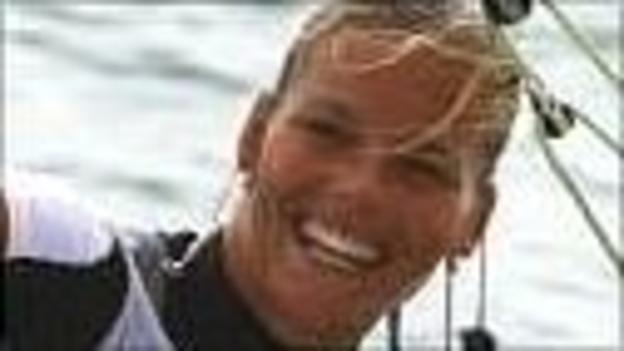 The most successful sailor in the history of the 470 class is intent on upgrading her Olympic silver from 2008. 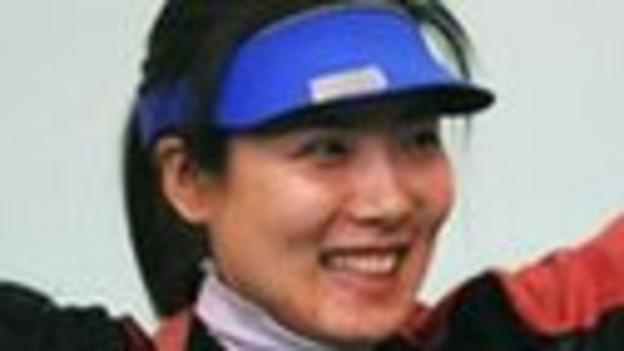 Du Li (China): The double Olympic champion will attempt a hat-trick of gold medals after returning from a two-and-a-half year absence in February 2011. 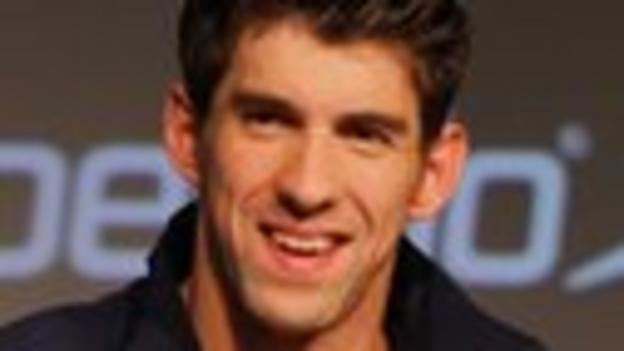 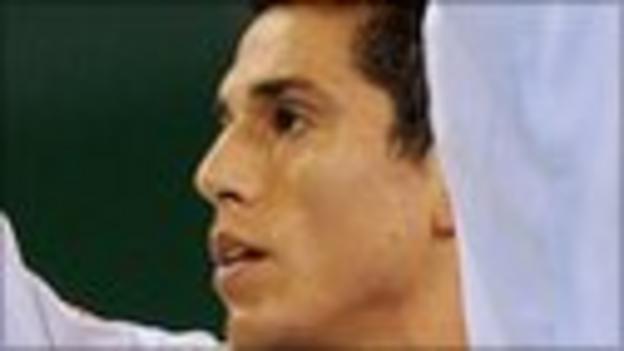 Two-time Olympic champion has enjoyed over a decade of dominance and has been described as the "Muhammad Ali of taekwondo". 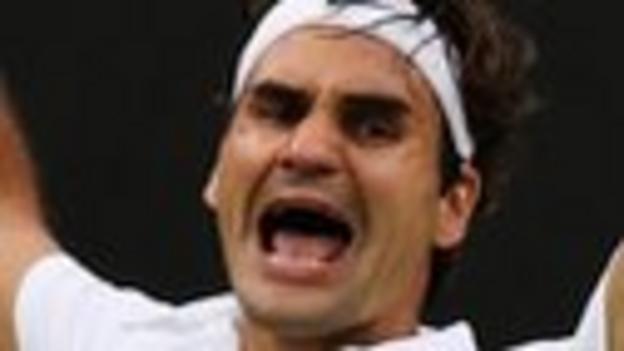 Roger Federer (Switzerland): The world number one has won a record 17 Grand Slam singles titles, including a record-equalling seventh Wimbledon crown just a few weeks before the Olympics. 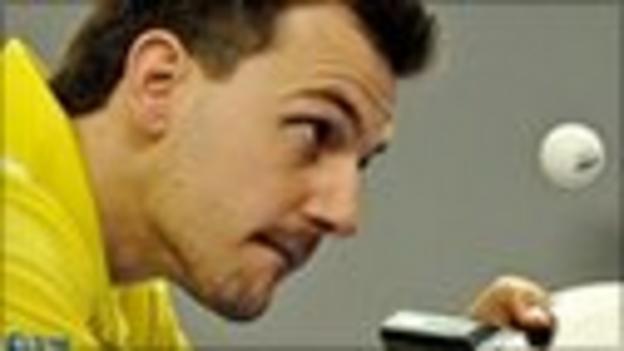 Became world number one at the start of 2011 for the first time since 2003, ending China's 88-month monopoly. 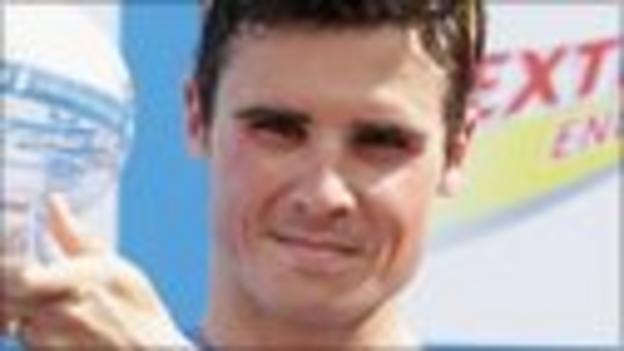 The hard-running Spaniard has regularly topped the world rankings since 2006 and is widely perceived as the main threat to British hopes of triathlon gold at the London Olympics. 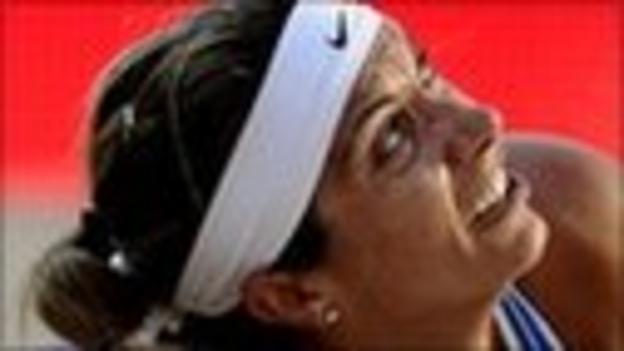 The most successful player in beach volleyball history announced in March 2010 that she and her partner Kerri Walsh were reuniting to attempt a third consecutive Olympic gold.

A two-time Olympic silver medallist, Gamova is seeking an elusive gold, having been named Most Valuable Player at the 2010 World Championships as Russia retained the title. 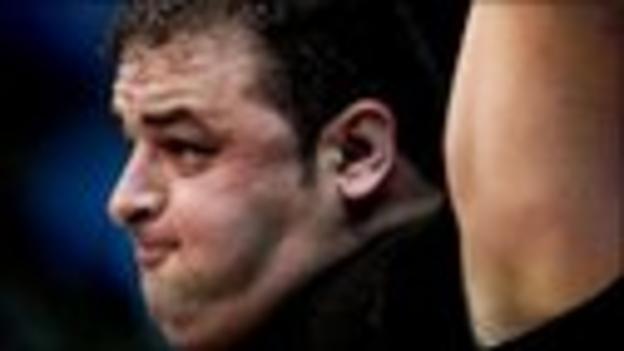 The super heavyweight has emerged as an unstoppable force in weightlifting. He won the world title at his first attempt in 2010 - easily overcoming Olympic champion Matthias Steiner by lifting a total of 453kg. 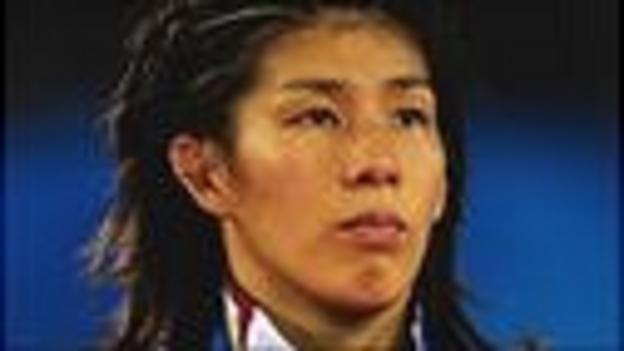 Freestyle wrestler Yoshida is arguably the most dominant athlete in any sport - incredibly, she has only lost once since 2001 and is unbeaten at the Olympics, World and Asian Championships.