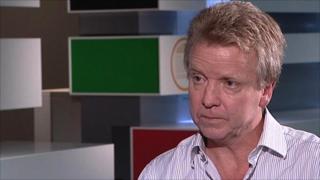 British Olympic Association chairman Lord Moynihan says the government is failing to deliver the Olympic legacy at local level, ahead of London 2012.

Moynihan criticises the lack of facilities across the country, and believes funding the running of the Games is taking priority over local improvements, the reason the association bid for the Games.