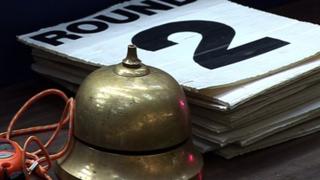 Whistleblowers say that WSB's chief claimed the money was in return for a guarantee that Azerbaijani fighters would win two boxing gold medals at the London 2012 Olympics.

The boxing organiser at the Olympics, AIBA, admits an Azeri national paid $9m (£5.9m) to one of their competitions but they deny any deal to fix medals.