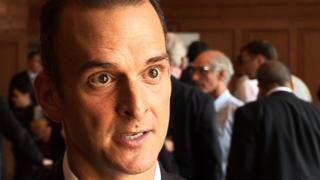 On Thursday, the Court of Arbitration for Sport (Cas) will rule on Olympic champion LaShawn Merritt's appeal over a fban imposed by the International Olympic Committee.

A Cas ruling in Merritt's favour might open the way for banned athletes such as Dwain Chambers and David Millar to challenge the BOA over their bans.