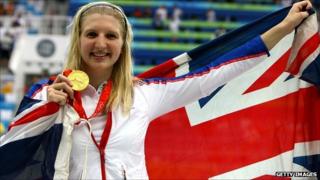 The families of Olympic athletes are being given the chance to buy more tickets to watch their relatives compete next year.

Athletes were previously told they would only get two tickets for the whole competition and that if they wanted more they would have to rely on the ballot like everyone else.

On Wednesday the British Olympic Association announced that it was launching a support package for the elite athletes, including extra tickets.