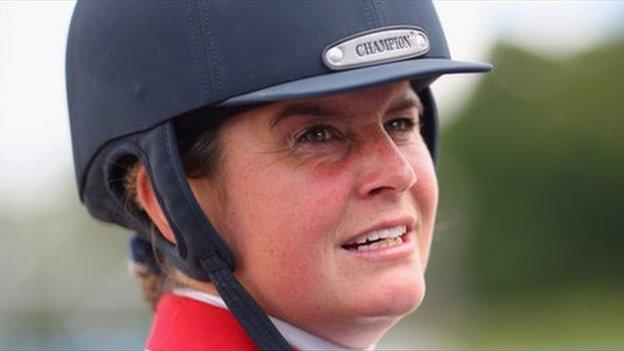 Earlier in the year she had won the Olympic test event in Greenwich with the same horse, having been runner-up at the Badminton Horse Trials when riding Jakata.

She first represented Great Britain at the 2009 European Championships, where she won individual silver, and she was part of the British team that took bronze at the event two years later.

Her real first name is Georgina but her two older sisters nicknamed her "Piggy" when she was born. She explains: "My sisters hadn't seen a baby before and thought I looked like Piglet from Winnie The Pooh. It just stuck."

Team GB team-mate Mary King was her idol growing up - French admits that, when she was a teenager, she was an "eventing geek" who used to follow King round with a camera at competitions.

Norfolk-born French's family is steeped in horses - her grandmother trained racehorses and her mother evented to an advanced level.

French says she first got on a horse before she could walk and has been riding for as long as she can remember.