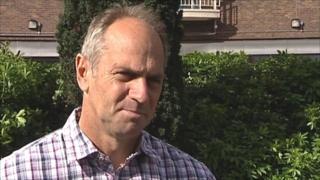 Merritt won an appeal against an International Olympic Committee doping law last Thursday, and the outcome has seen British sprinter Dwain Chambers consider appealing against his own ban from the event.

Chambers was found guilty of using performance-enhancing drugs in 2003 and Redgrave says the British Olympic Association should hold firm on its current ruling that he cannot compete at London 2012.