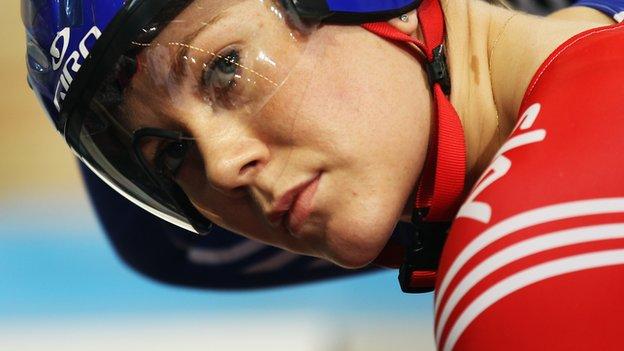 The former junior champion made her senior Great Britain debut in 2008 aged just 17 and has since established herself as the first-choice team sprint start partner for Victoria Pendleton.

In 2011, the pair took silver at the World Championships and gold at European and national level.

Varnish became the first British girl ever to duck under 19 seconds for the first lap from a standing start when riding at the World Cup in Manchester in February 2011.

An express train was named after her in June 2011 as part of one train company's campaign to support British athletes.

I have to do everything I can to make the cut

The Bromsgrove-born cyclist is the daughter of Jim Varnish, the 1985 Cycle Speedway world champion.

She became a member of Halesowen Athletic and Cycling Club at the age of five. She says she realised at the age of 13 that cycling had become more than a hobby.