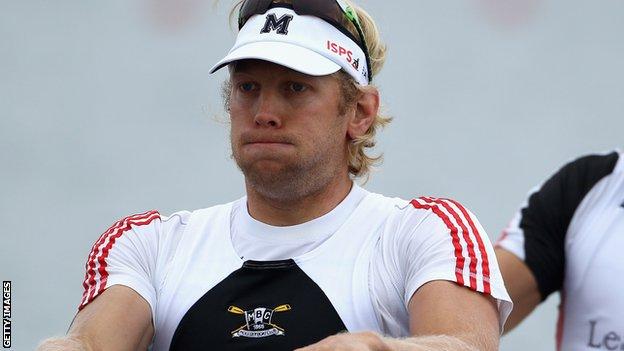 Hodge won Olympic gold in the coxless four in 2008, having replaced Sir Matthew Pinsent as the stroke in the British boat.

Hodge rowed in the men's eight at the Athens Olympics, the four in Beijing, and in London he was hoping to row in a pair with Pete Reed.

However, after 14 consecutive defeats to New Zealand rivals Eric Murray and Hamish Bond, he has returned to the bigger boat for 2012.

In the euphoria of crossing the line first in Beijing, he turned to crewmate Pete Reed and said "I love you" - it was caught by the TV cameras and he still gets teased about it.

"I didn't even realise I'd said it until someone showed me the tape," he said.