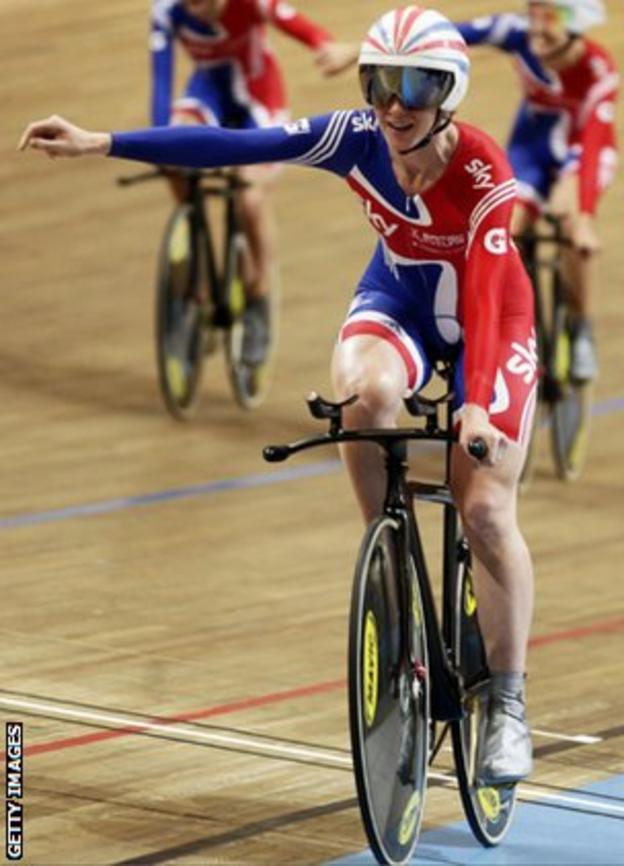 Cornwall's Great Britain pursuit rider Wendy Houvenaghel says there is still a lot of work to do ahead of London 2012.

The 37-year-old, who won silver in the 3000m pursuit in Beijing, raced at World Cup at London' Olympic Velodrome.

The team but Houvenaghel was left out of the trio that competed in the final after losing their heat.

"As an overall team performance we've done very well considering that none of us particularly rested up for the event," she told BBC Radio Cornwall.

"We have got a lot of work still to do, there's definitely still room for improvement, but at the moment we're right where we need to be"

She played down her omission from the final after Great Britain were beaten by Canada in the heats before taking revenge in the event climax.

"Because all four of us need to experience racing on the track every one of us had the opportunity to ride," said Houvenaghel.

"I was given the task of performing the qualification heats and then Dani [King] had the opportunity to ride in the final heat," she said.

The team are now in Spain preparing for April's World Track Championships in Australia.

"We need to put the World Cup behind us and focus on the next goal," she said.

"Our long term goal, which is not that far away now, has always been to win the gold medal at the team pursuit at the London Olympic Games.

"The closer we get to it the more focused we are on the actually goal itself so really we're us the World Championships as a stepping stone to take us a little bit closer to the Olympic Games," she added.