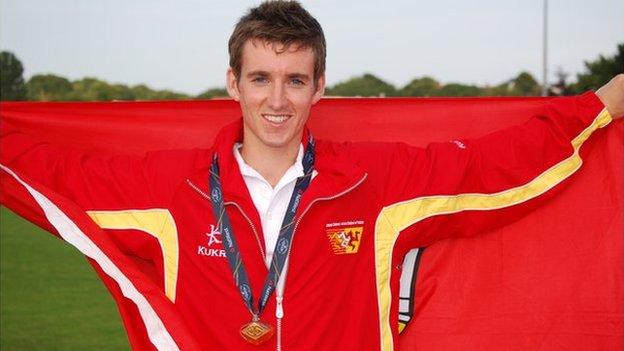 Keith Gerrard says he is focused on reaching the Olympic qualification time for the 10,000m after winning his second national cross-country title.

The 25-year-old Manx athlete ran what he described as his "perfect race" to win Saturday's Cross-Country Inter-Counties Championships in Birmingham.

The victory came just two weeks after he claimed the English National Cross-Country title in London.

"I am absolutely delighted I ran my perfect race," said the 25-year-old.

The Isle of Man Sports Aid recipient ran in the leading group for the opening two laps before kicking at the half-way stage.

"I had a good look around made a decisive move," he said. "I didn't want to leave it too late.

"I wanted to test the others out and see what shape they were in."

He will now turn his attention to reaching the Olympic qualification time of 27 minutes 45 seconds for the 10,000m.

"In April I will head back to the United States to continue my altitude training and give myself the best chance to achieve the qualification time for London 2012," he said.

"It will be tough but I have nothing to lose and everything to gain."

Gerrard will need to improve his personal best for the distance by 42 seconds to reach the standard and place in the top three at the British team's Olympic trials in June.