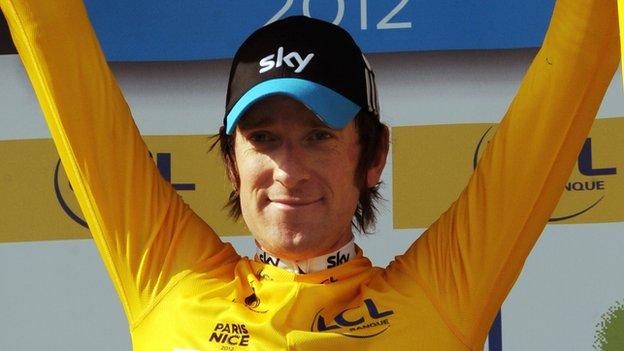 BOXING - Grand Prix, Czech Republic (21-25 March); Great Britain are sending a team of six to this tournament, which features 130 boxers from over 20 countries. GB middleweight Anthony Agogo, who underwent shoulder surgery at the end of last year, is among those looking to make an impression. Follow GB Boxing on Twitter for updates.

I've missed out on a huge goal...but the desire is still there

Ian Thorpe's bid to compete in the London Olympics is over after he failed to qualify at the Australian trials in Adelaide.

The five-time Olympic gold medallist was unable to reach the final of the 200m freestyle and then bowed out in the heats of the 100m freestyle.

Despite the setback, Thorpe said he had no regrets about coming out of retirement and would target next year's World Championships in Barcelona and the 2014 Commonwealth Games in Glasgow.

The men's 100m freestyle was won in emphatic fashion by 20-year-old world champion James 'The Missile' Magnussen, who was just eight years old when Thorpe won his first Olympic medals.

The Australian trials conclude on 21 March.

Tom Daley responded to recent criticism of his performances by clinching silver in the 10m platform at the first leg of the World Series in Dubai.

Daley's first global medal for 11 months came a day after missing out by a solitary point on a podium finish in the synchronised 10m platform with Pete Waterfield.

China reaffirmed their dominance by winning all eight events.

Simon Gerrans made it consecutive Australian victories in the Milan-San Remo classic as Mark Cavendish failed to finish.

Cavendish, 26, and his Team Sky colleagues called time on their chase 48 kilometres from the end.

Ireland men's hopes of a place at London 2012 were ended by South Korea who won the final of the qualifying tournament in Dublin 3-2.

The Irish twice led through goals from Peter Caruth and Timmy Cockram but Korea levelled and then hit the winning goal through Nam Yong Lee with just two seconds remaining.

It was a cruel finish for the hosts and a number of the Irish players were in tears after the 3-2 defeat.

Only one qualifying place for London 2012 was available at the tournament.

Paralympic champion Oscar Pistorius hopes to have done enough to qualify for the London Olympics after again running the 400m 'A' qualification time.

The 25-year-old South African recorded a time of 45.20 seconds in winning the 400m at the Provincial Championships for Gauteng North in the selection event for his country's National Championships.

That time was inside the Olympic qualification standard of 45.30secs.

Pistorious, who runs with carbon fibre prosthetic running blades after being born without a fibula in both legs, also clocked 45.07s last July to qualify for the 2011 World Championships in Daegu.

Chris Adcock and Imogen Bankier are close to breaking into the world top 10 after reaching the Swiss Open mixed doubles semi-finals.

They went into the tournament in 14th place and their run will earn valuable ranking points as they look to claim a Great Britain spot for London 2012.

Adcock and Bankier beat their rivals for an Olympic place, Nathan Robertson and Jenny Wallwork, in round two.

It was a disappointing day for Britain's female quartet in the second World Cup in Rio de Janeiro. In humid conditions, all four finished outside the top 10.

Aleksander Lesun of Russia was the runaway winner.

The street-by-street route the London 2012 Olympic torch relay will take around the UK has been set out.

The names of the majority of the 8,000 people who will carry the flame on its 8,000 mile journey have also been confirmed by Games organisers Locog.

The Olympic flame arrives in the UK on 18 May and begins its 70-day journey at Land's End on the morning of 19 May.

It will pass through 1,018 places as well as visiting Dublin on its journey to the opening ceremony of the Olympic Games on 27 July.