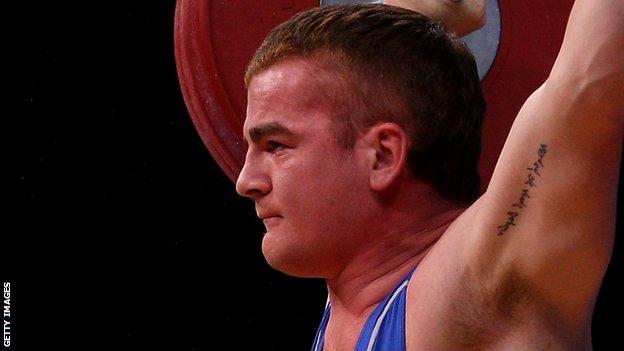 Won the silver medal in the 94kg at the 2010 Commonwealth Games in Delhi with a total of 333kg, missing out on gold by 1kg. The lifter from the Kilmarnock Weightlifting Club was given a hero's welcome at his local pub, The Thistle, in Hurlford on his return.

Before getting GB Olympic funding, he worked as a labourer.

Says his favourite drink is Red Bull as it "doesn't give you wings, it gives you big weights."

His favourite films include the perennially popular with Scottish sporting stars epic, Braveheart. He also lists such muscular fare as 300, Gladiator, Troy, Blood & Bone and Never Back Down.