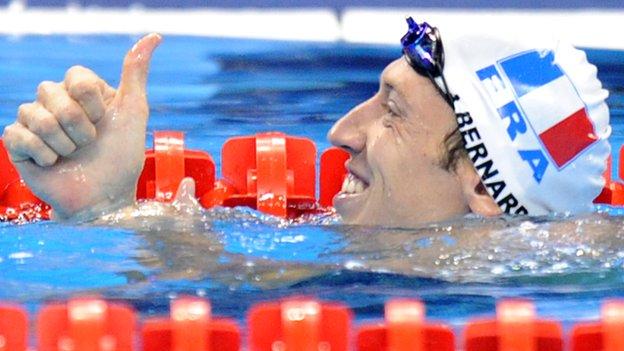 Bernard was the first man to swim under the 47 second mark for 100m freestyle in April 2009, but the suit he wore was deemed not to be compliant by Fina in June 2009, meaning that his achievement was never ratified in the record books, making the Brazilian Cesar Cielo Filho the official record holder.

Failure at France's national championships means that Bernard will not be able to defend his 100m freestyle title, and he will only compete as part of the 4x100m Freestyle Relay team.

On returning from Beijing, Bernard signed up as to join the Gendarmerie (military police) with the ambition to become either a motorbike rider or helicopter pilot. He has a tattoo of a shark on his hip.