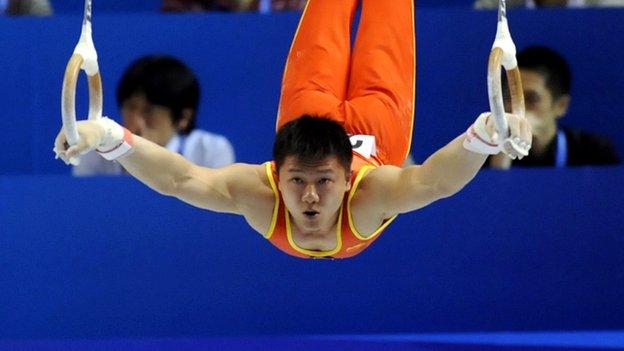 His gold-medalling winning performance on home soil in Beijing was a masterful display of precision and difficulty on the Rings in the face of huge expectations.

Four World Championship titles make Chen the undoubted Lord of the Rings. However, he has competed infrequently outside of China due to their restrictions on state-suppported athletes competing abroad outside of World and Olympic competitions. He is critical of these restrictions.

After Li Na won the Women's French Open Tennis, he declared himself "jealous" on his blog of the opportunities afforded to professional athletes.