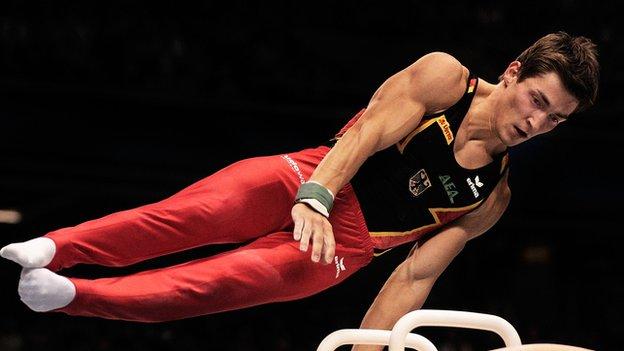 Silver in the individual all-round competition at the World Championships 2011 in Tokyo followed on from the same result a year earlier in Rotterdam.

Boy finished just short of bronze in the team competition in Beijing. He was part of the bronze medal winning German team at the 2007 and 2010 Worlds.

In 2011, he gave a blunt appraisal of his team's hopes of doing better "China and Japan are one league maybe," he said "Then the Germans, the American guys, Korea. ... So we have to fight for the third place."

Away from competition, Boy's handsome looks and gymnastic skills have seen him star in video campaigns for his sporting sponsors which showed him doing Parkour as well as modelling for magazines such as GQ Style.