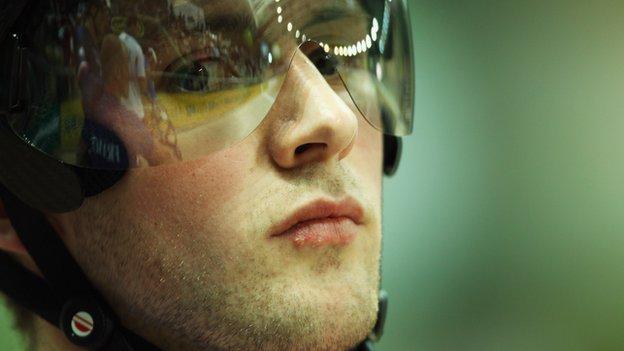 Kenny was part of the victorious British sprint team at the 2008 Olympics, alongside Sir Chris Hoy and Jamie Staff. He took silver in the individual sprint, narrowly losing to teammate Hoy in the final.

He was belatedly crowned 2011 world sprint champion nine months after finishing runner-up to France's Gregory Baugé - who was retrospectively stripped of the title for drug test infringements.

The Bolton-born speedster was spotted riding for his local club and graduated through the various British Cycling programmes, winning numerous junior world titles. He was drafted into the GB 2008 Olympic team at the last minute.

He shares a birthday with Sir Chris Hoy, although he was born 12 years later.