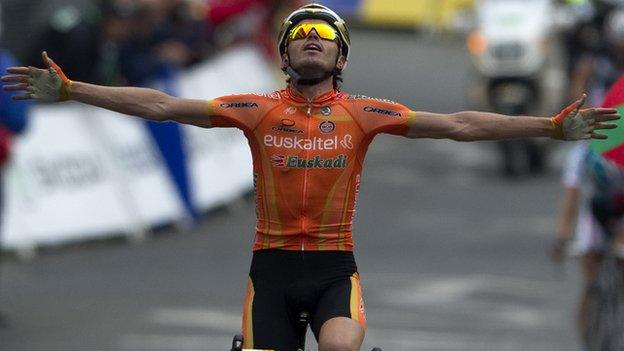 Winning the polka-dot jersey of the King of the Mountains at the Tour de France 2011 put Sanchez's name into the record books among cycling's greats and is perhaps his biggest win since Beijing gold in 2008.

Sanchez has been the star ride of his professional team, Euskatel-Euskadi for many years, with podium places in both the Tours of France and Spain. He also has numerous victories in shorter stage races and podium places in one-day races to his name. Despite his evident talent, he still lacks a win in one of the top tier Classics that would secure his name in the record books.

Sanchez is one of very few riders not born in the region to ride for the Basque team Euskatel-Euskadi. He was only deemed eligible to sign for the team because he had raced in the region as an amateur.