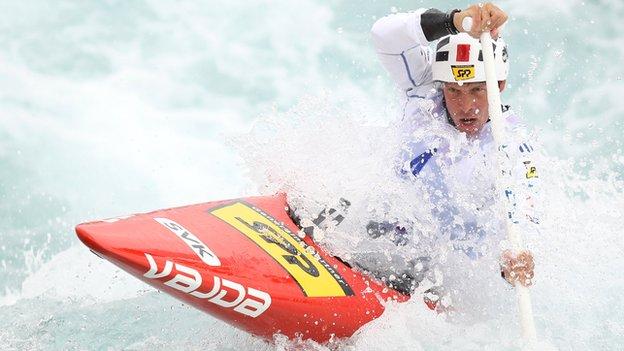 Gold in Atlanta at his first Olympics, aged 17, beating defending champion Lukas Pollert of the Czech Republic. It also made him Slovakia's first gold medallist since the country gained independence in 1993. After finishing second behind Tony Estanguet in 2000 and 2004, he won C1 gold again in Beijing.

Martikan has finished on the podium in at least one event at every World Championship and Olympics since 1995, when he claimed bronze at just 16 years old.

In 2000 he was granted a presidential pardon for a 1997 offence in which a car driven by Martikan killed a pedestrian. The President granted the pardon on the grounds of him having represented Slovakia well in international sporting events.