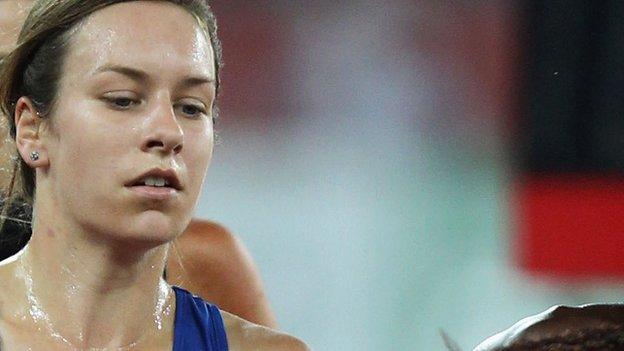 In 2010 she smashed Yvonne Murray's 15-year-old Scottish 5,000m record, knocking 22 seconds off her personal best in the process, and at the Commonwealth Games she finished fourth in the 5,000m and took bronze over 1500m.

However, she suffered a triple fracture of her left ankle in a cross-country race in Belgium in January 2011 and was sidelined for eight months.