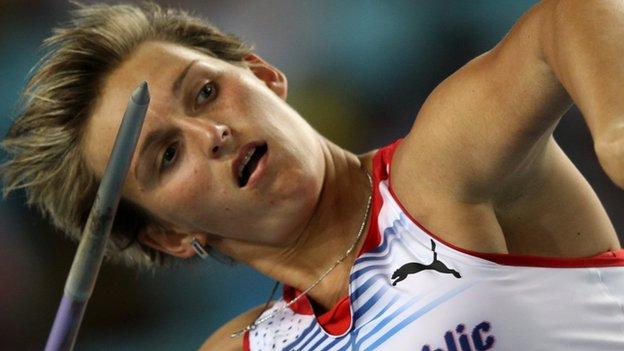 Winning gold in Beijing with her final throw, a new European record of 71.42m. A few weeks later she threw even further, setting the current World Record of 72.28m in Stuggart.

She started out as a heptathlete before specialising in Javelin. She is currently coached by her compatriot Jan Zelezny, one of the legends of the discipline.

Surprising for an elite athlete Spotakova admits to being fond of a beer. In an interview with Spikesmag.com she admits "I like beer, one beer a day" and professes to being a fan of small breweries.