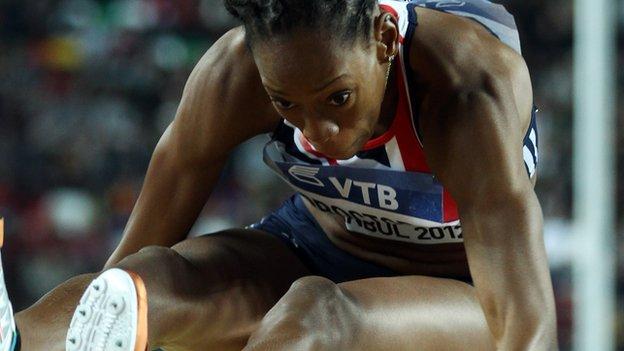 Proctor launched herself into Olympic medal contention by smashing the 29-year-old British long jump record with a leap of 6.95m at the national trials in June.

She had already broken the British indoor record several times, including to earn a bronze medal at the world Indoor Championships.

The 23-year-old is unable to compete for her home nation Anguilla because the Caribbean island is a British overseas territory and does not have its own Olympic committee. Florida-based Proctor has therefore asserted her right to British citizenship.

She had to skip the 2010 Commonwealth Games, where she could have represented her home nation, so as not to hinder her qualification for Britain the following month.