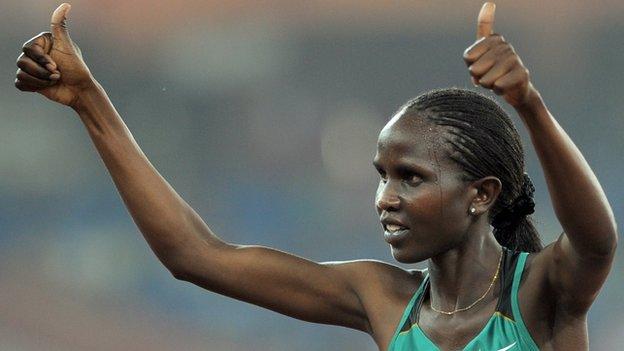 Gold in the 1500m in Beijing was followed by the 800m/1500m double at the Commonwealth Games in 2010, the dream combination in middle distance running.

Langat showed impressive form over the 2010 season to claim the Diamond League title, although the season ended in mild controversy when she clashed with France's Hind Dehiba Chahyd in the closing metres of the 1500m at the Continental Cup in Croatia.

Running is a family business - Langat is married to marathon runner Kenneth Cheruiyot and her father Joseph ran the 5000m for Kenya. Her cousin Alice Timbilil has represented Kenya in the women's 10,000m at the Olympics as well.