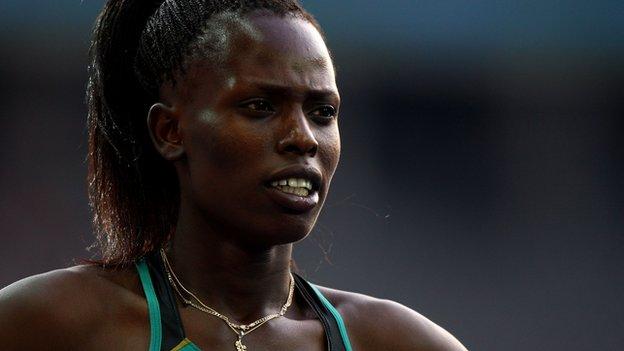 Winning gold in the 800m is an achievement at any games, doing so at the age of just 18 even more so. It also made her the first Kenyan woman to win athletics gold. To be undefeated in 12 races across 2008 and claim all six Golden League events for the jackpot of 1 million USD makes for an astounding debut season by any measure.

She has struggled with injuries since her breakthrough in 2008. A win at the 2012 World Indoor Championships in Istanbul, the last major competition before the Olmypics, suggest that she may be returning to winning ways at just the right time.

Before her running career exploded, Jelimo had embarked on a career in the Kenyan Police Force where she started training with 2007 World Champion Janeth Jepkosgei, who took silver in Beijing.