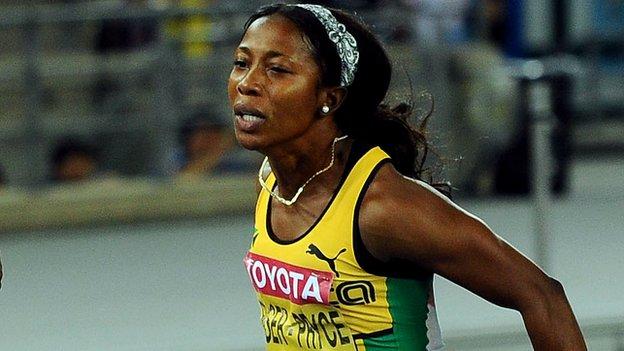 She won Olympic gold four years ago as a virtual unknown and added the world title in 2009.

In June this year she became the fourth fastest woman in history with a time of 10.70 sec.

Fraser served a six-month ban in 2010 when she tested positive for a prohibited substance (Oxycodone) that was in medication she had taken for toothache.

She has a degree in child care and development, completed in between training for the 2012 Games. Coming from a tough childhood, she has ambitions to use her sprinting success to drive social change in Jamaica.