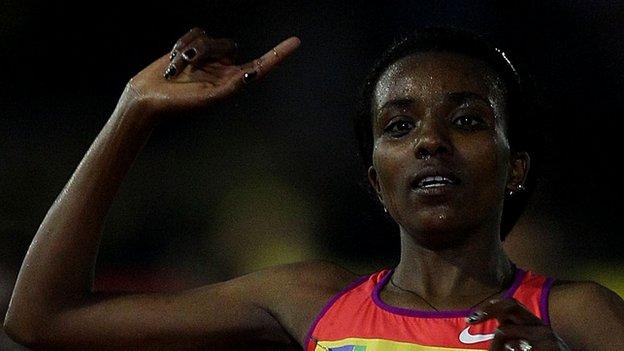 Since Beijing, Dibaba has struggled with injuries, leading to lengthy layoffs from running but her form coming into 2012 suggests she may be on the way back to her best.

Her cousin is Derartu Tulu, gold medallist at 10,000m in the Barcelona 1992 and Sydney 2000 Olympics. Her older sister Ejegayehu took silver in the same event in Athens 2004, just ahead of Tulu who claimed bronze. He younger sister Genzebe is a highly promising 1500m runner.