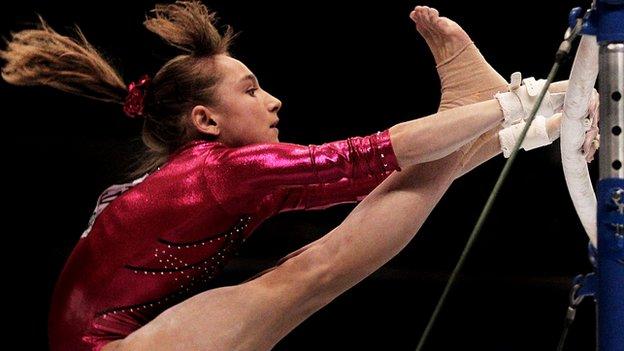 World Champion on the Uneven Bars in 2011 and previously 2010 All-Around Youth Olympic Games Champion, Komova will be looking to add the senior Olympic title to her wins.

Komova was pipped to the All-Round title at the 2011 World Championships by American Jordyn Wieber who came from behind after making a mistake on the bars. Komova versus Wieber will be one of the big matchups to watch in the Gymnastics competition in London.

Komova's mother, Vera Kolesnikova, won a World Championship as part of the USSR team in 1985 and was the All-Round Champion at the 1986 Goodwill Games.