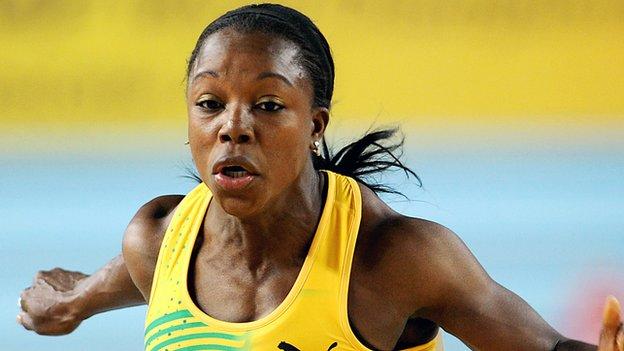 When she successfully defended her 200m title in Beijing, she became only the second woman to do so. Her first win had made her the first female athlete from the Caribbean to win a sprint title.

She has won World titles at youth, junior and senior level in the 100m alongside her 200m titles. Only the Olympic 100m is missing from her list of major honours. The question is, will defending her 200m title take precendence over winning the 100m?

'VCB' is one of four athletes from her school to run under eleven seconds for the 100m. The others include her role model, Jamaican sprint legend Merlene Ottey.