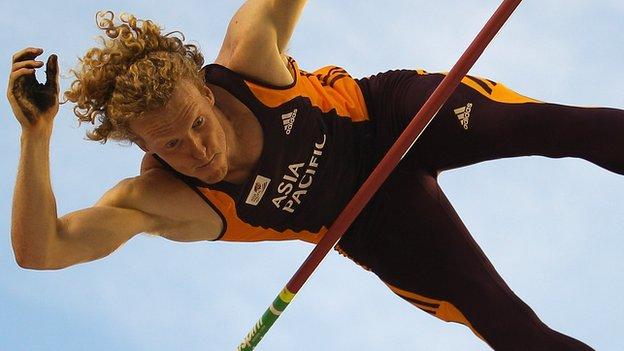 Gold in Beijing to become the first Australian male to win a gold in track and field since 1968 - and the first Aussie athletics gold since Cathy Freeman eight years earlier - then going on to set a new Olympic record of 5.96m.

Only one man, the legendary Sergei Bubka, has vaulted higher than Hooker, whose personal best stands at a towering 6.06m, set indoors in Boston in 2009.

Both Hooker's parents, Bill and Erica, have represented Australia in athletics. His mother competed in the 1972 Olympics in Long Jump and both took part in the 1974 Commonwealth Games.