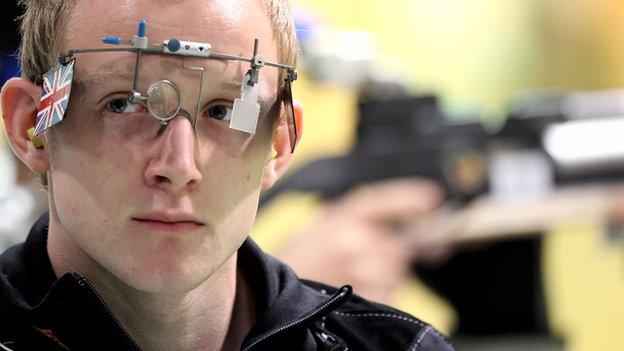 In April 2011 he broke the 22-year-old British record in the Men's Three Positions rifle discipline at the World Cup in South Korea.

Huckle won four medals at the 2010 Commonwealth Games (two silver, two bronze). He joined the Army cadets at the age of 14, and his big break followed two years later when he was invited to train with the British shooting team.

James took up shooting after his father bought an air rifle to deal with a rat problem on his farm; he was allowed to shoot at old tins cans under his dad's supervision.