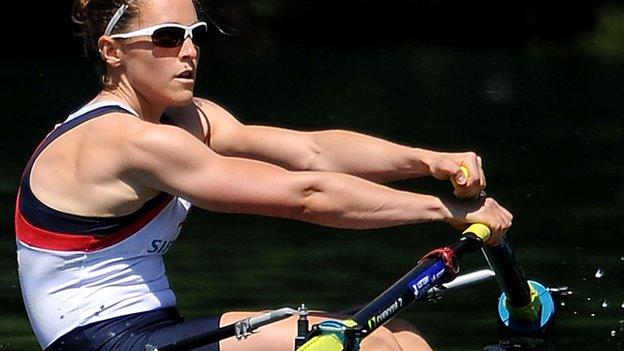 Scored a silver as part of the lightweight quad sculls at the World Championships in 2007 after bagging the same in the single sculls at U23 level in 2006.

Since switching from the lightweight quad sculls to the pair, Hosking's best result with partner Hester Goodsell has been bronze at the 2011 Worlds, a fraction behind the Canadians.

Hosking put herself at the head of the Olympic selection race in 2011 by winning the GB Trials in 2011, but came in second behind Kat Copeland at the 2012 trials, with regular partner Goodsell absent through illness.

Her father, David Hosking, won a world championship gold in 1980 as part of the Lightweight Eight.

She has a degree from Durham University in Chemistry and Physics.