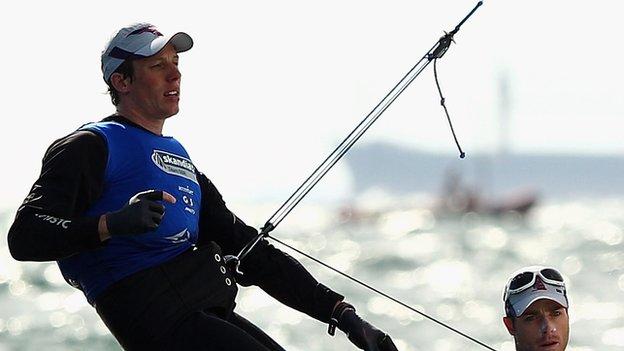 The alliance between Englishman Bithell and Scot Luke Patience in the 470 boat reached their highest world ranking of third in 2011.

Bithell won a surprise silver medal at the 2009 470 class World Championships in Denmark in partnership with Luke Patience. The duo then went on to win another silver at the Skandia Sail for Gold Regatta later that year.

He began crewing for his dad at the age of seven in a firefly at his local sailing club in Hollingworth lake near Rochdale.

He enjoys windsurfing, kitesurfing, surfing, climbing, and most racket sports. He is a keen guitar player and says he has the best vegetable patch on the whole of Portland and grows a "mean carrot". His hero is cyclist Bradley Wiggins.