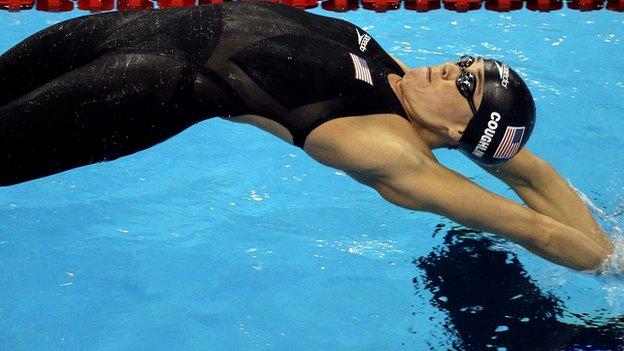 In Beijing Coughlin defended her 100m backstroke title, the first woman to do so. Her time was also a new Olympic record of 58.77.

She also became the first American woman to win six medals in a single games.

She has won a medal in every event she has entered at the Olympics, with an unbroken run of podium finishes stretching back to Athens 2004, where she claimed two golds, two silvers and a bronze.

With 11 Olympic medals in two Games, Coughlin is one of the most successful US swimmers in Olympic history. She could pass the American record of 12, set by Jenny Thompson, when she competes in London.

After Beijing, she decided to take a break from the pool and try out something completely different, appearing on Season Nine of Dancing With The Stars, the US version of Strictly Come Dancing.