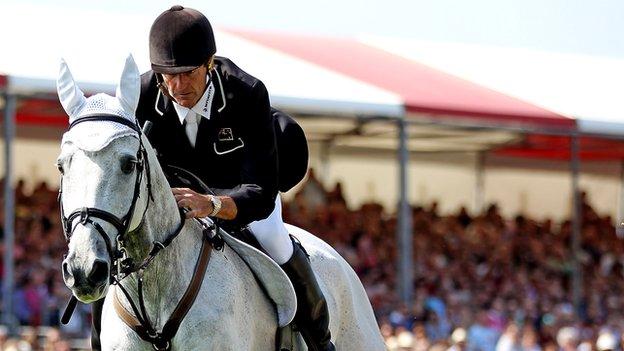 The equestrian legend from New Zealand won his fourth Badminton title in April 2011 aboard NZB Land Vision - his preferred Olympic mount - 31 years after his first win in the event.

He retired after the Sydney Games in 2000 but made his comeback in Beijing in 2008, making London his third comeback. This time, his win at Badminton and the quality of his preferred horse seem to have been enough to convince him to take a tilt at gold again.

The 55-year-old won back-to-back individual Olympic eventing gold in 1984 and 1988 and also has three team medals. He will be competing in his seventh Olympics and a podium finish would see him equal the record for the most Olympic eventing medals.

While he may ride for New Zealand, his horses are based in the heart of Britain's horse community at Thatcham, near Newbury in Berkshire.

He was named "Rider of the 20th Century" by the International Equestrian Federation.