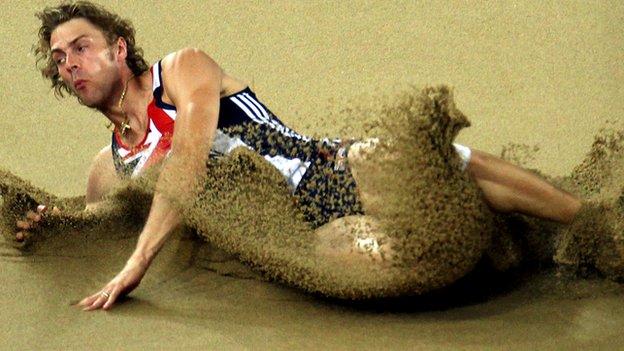 World Indoor silver in 2008 came ahead of an Olympics ruined by a calf injury when he looked set to improve on his fifth place in Athens. His European Championship bronze in 2010 was an agonising 1cm short of silver.

Injury is a recurrent theme with Tomlinson - he once managed to break both his wrists in a freak training accident. Since Beijing it has again hindered his progress at the 2011 World Championships when a knee injury left him unable to jump to his best and needing minor surgery.

When he is fit and flying, his jumps suggest that he is capable of stepping onto the Olympic podium.

His wife, actor Lucia Rovardi, has described Tomlinson as being "so laid-back he's horizontal." She has starred in the West End musical Buddy and is a former Miss England finallist.