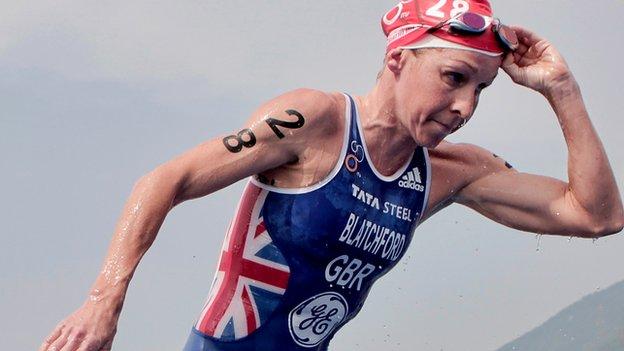 She's won several of the top flight World Cup races throughout her career, including Salford in 2005, as well as a British title.

The consistency with which she has finished inside the top 10 at major events throughout her career mean that she is always a contender for a big win if the pieces fall into place on race day.

She played the trumpet for four years but gave up when she found that triathlon was taking up all her time.

She admits to having dyed her hair green as a teenager in an attempt to go "grunge/punk".

Blatchford studied "half a degree" in Marine Biology at Griffith University on Australia's Gold Coast, where she is based for half of the year.