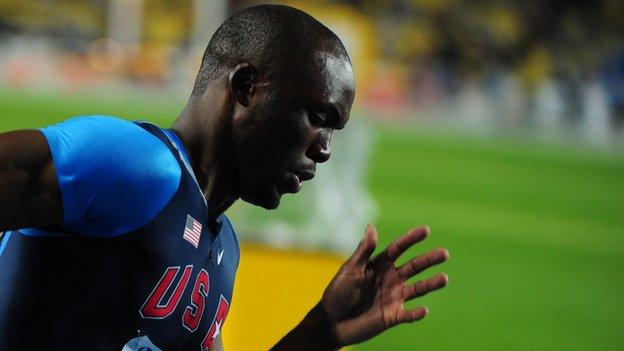 Merritt won in Beijing from compatriot Jeremy Wariner by 0.99 seconds, the biggest margin ever in a 400m Olympic final.

After serving a 21-month ban for a failed doping control, Merritt successfully challenged the IOC's rule 45, which prevented anyone banned for more than six months from competing at the next Games.

Since his return he has had to contend with the emergence of new stars, such as Kirani James who pipped him on the line at the 2011 World Championships.

Merritt blamed his failed doping control on "use of an over-the-counter male enhancement product" saying it was a "foolish, immature and egotistical mistake".