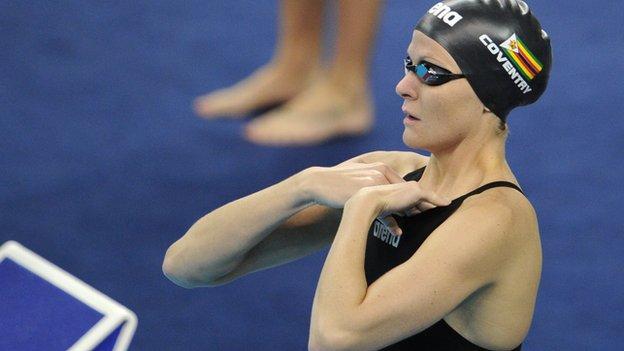 Her defence of the 200m backstroke title in Beijing was achieved in a world record time of 2:05.24.

Along with that medal she took home three silvers, swimming times that would normally have been good enough to set a new world record in 100m backstroke and 400m individual medley.

She improved on her own world record for the 200m backstroke at the 2009 World Championships, swimming 2:04.81.

The swimmer has formed a relationship with the British city of the same name. It has allowed her to finally visit, having missed out as a teenager when a dislocated knee stopped her making the trip. Her team mates brought her back a tracksuit with the city's crest on it.