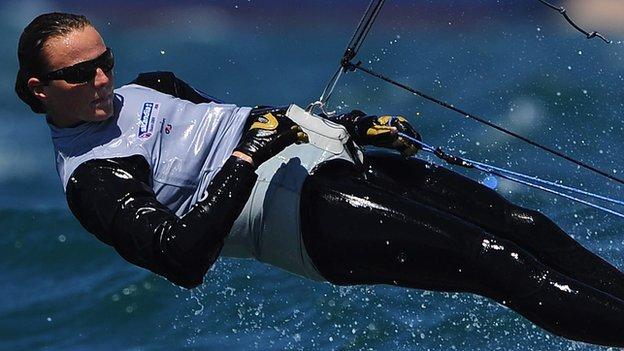 Partnering Penny Clark in the 470 boat, she finished sixth at the 2010 Sail for Gold regatta in Weymouth and eighth at the World Championships - results they were delighted with given the troubled start to the year they had had.

Previously a member at the Royal Corinthian Yacht Club in Burnham-on-Crouch, Essex, she is now permanently based down in Weymouth.

She had back problems that affected her performances towards the end of 2009.

She was announced as one of Essex County Council's 13 Team Essex Ambassadors, who will receive backing to help them achieve their goal.