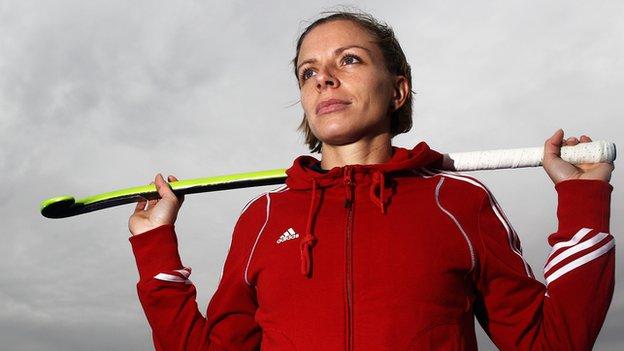 She captained GB to silver in the Champions Trophy 2012, where they were narrowly defeated by Argentina in their first major final. A promising sign ahead of London 2012.

Walsh has played internationally since 1999 and captained the side since 2003.

She is a hugely experienced lynchpin in the GB team and will be determined to do better than the sixth place finish achieved in Beijing when the side take to the field on the 'smurf turf' of the Riverbank Arena.

Walsh was a county-level swimmer before plumping for hockey because it meant she didn't have to get up early for training.