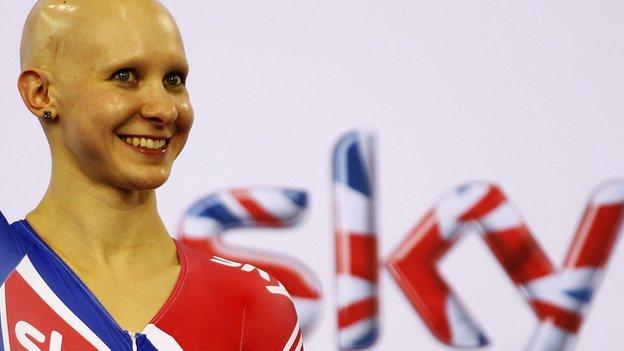 Winning the inaugural Women's Team Pursuit in her first appearance at a senior World Championships in 2008. Alongside her that day were Robecca Romero and Wendy Houvenagel, respectively Gold and Silver medallists in the Individual Pursuit at the Beijing Games.

Selection for the Olympics was by no means routine with so many strong contenders. While other, such as Romero, faded from contention Rowsell has grown into a key link in a squad which now looks settled and focused on delivering in London.

Part of the team - with Laura Trott and Dani King - that set a new World Record in the velodrome during the first competition held at the London Olympic venue.

She was talent-spotted riding a mountain bike round on a playing field when British Cycling visited her school in 2004. She had originally gone along to avoid a maths lesson.