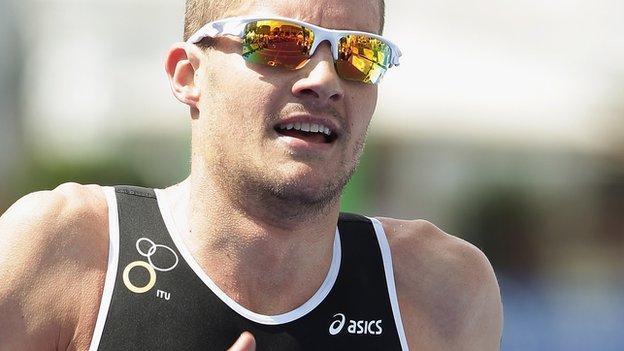 For a first major win, the Olympic gold medal ahead of more fancied opponents isn't a bad way to announce yourself on the international stage. Which is what Jan Frodeno did when he burst past Canada's Simon Whitfield along the blue carpet of the finishing straight in Beijing.

Frodeno learnt to swim at age 15, when his mother suggested it would be in his interest as he was spending all his free time surfing.

He discovered Triathlon while watching its first Olympic appearance at the Sydney Games in 2000, won by the man he beat in Beijing, Simon Whitfield.

Frodeno is one half of triathlon's golden couple. His girlfriend is 2008 Women's gold medallist Emma Snowsill.