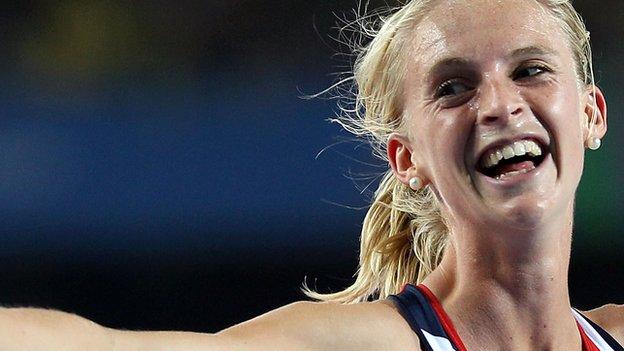 The Oxford-born 1500m runner enjoyed a spectacular breakthrough in 2011 when she won the silver medal at the World Championships. Her success was all the more unexpected as she had only qualified for the final as a fastest loser.

England failed to qualify for the 2008 Olympics and was left in tears after missing out on selection for the 2009 World Championships. Her best result in a major championship prior to her global silver medal was fifth at the 2010 Commonwealth Games.

England, who is mentored by double Olympic champion Dame Kelly Holmes, has employed a sports psychologist to help her overcome her timidity.

England was overlooked by Holmes for selection to her first On Camp with Kelly workshop in 2004 as she thought other athletes wanted the opportunity more.

England now credits Holmes with giving her self-belief, saying: "The night before a race I will only open a text if it is from my coach, Kelly or my dad because I know they are going to say something that will keep me in the right frame of mind."